Not the ideal weather, but a windy Easter Sunday was the date allocated to Ferryside lifeboat by the HM Coastguard helicopter rescue service to get to know the crew and craft of the helicopter team from St Athan. 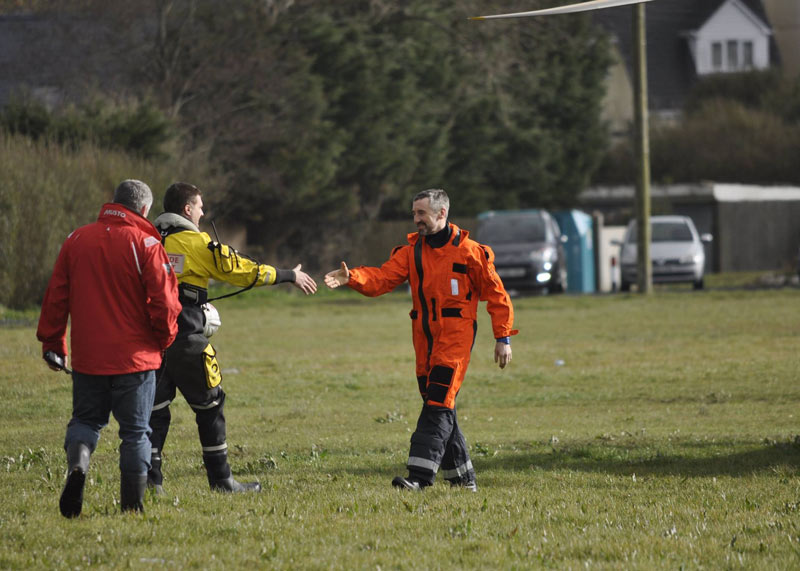 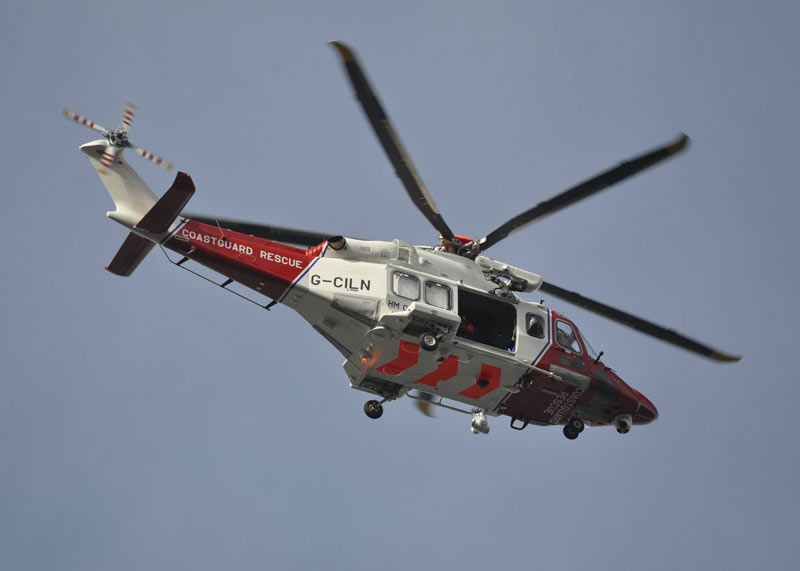 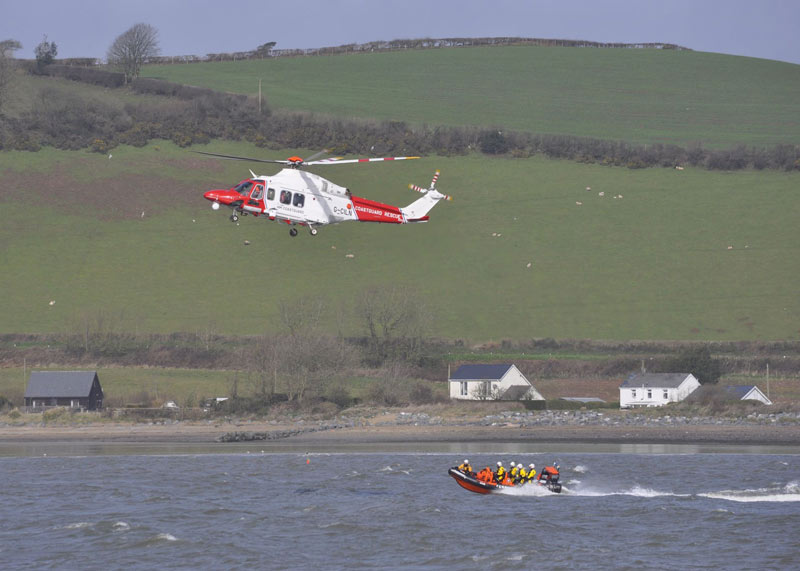 Everyone got involved with the helicopter, an AugustaWestland 139 (an additional larger helicopter, an AW189 is on order) and some of the crew spoke afterwards of their experiences and emotions from the day...

“Organising a training session with a helicopter is not an easy thing to do. You’d think it might be easy for us being one of the UK’s oldest lifeboat stations, but it is not. However, it is a necessity and so we persist.

On the day there was a fantastic turn out from the crew, and all involved put in a maximum effort in order to extract the most from our short time with Rescue 187. As the Senior Coxswain I am immensely proud of all of them and I hope that the people of this community are too! The fact that Ferryside gives up so many people who are willing to risk their lives at sea, for free and in their spare time, simply astounds me.

It struck me that the training exercise was actually a great representation of what it is like to be lifeboat crew. You spend 99% of your time training, organising, cleaning or being bored in meetings; but then the pagers go off (normally whilst you’re eating your tea) and all of a sudden you are spending the remaining 1% of your time bashing into a gale force 7, whilst being thoroughly excited and terrified all at the same time.”

“For those of you who may already know, manoeuvring a vessel in the limited safe zone under a helicopter is challenging.  As one of the helms on the Freemason during this helicopter training exercise on Easter Sunday what occurred to me, was the level of trust as volunteer lifeboat crew we have with each other.

Unnaturally my eyes in the manoeuvre had to be focused clearly on the helicopter at all times, not straight ahead. This meant the crew told me what was happening around me, the sea state, my positioning and where the winch and winch man were, all done in strong winds and a choppy swell. Thanks guys for this excellent training especially Ant for organising it with the crew of Rescue 187. With this level of training under our belt, it builds even more confidence in our abilities to try and save lives at sea.”

“Though I will hopefully never be in a situation to be airlifted into a coastguard helicopter, having experienced being airlifted by rescue 187,  I'm in a better position of understanding to reassure casualties / those being rescued of what to expect. Also meeting the crew of the helicopter was great as putting a face to a voice at the other end of a radio always helps.”

Prior to the day, the crew had studied helicopter theory training and seen an instructional video provided by HM Coastguard, but all readily admitted, it’s not the same as the real thing! 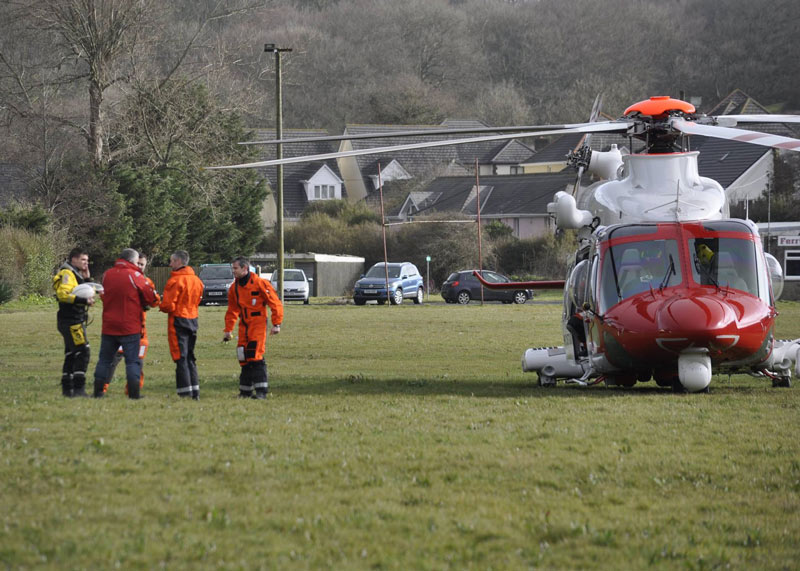 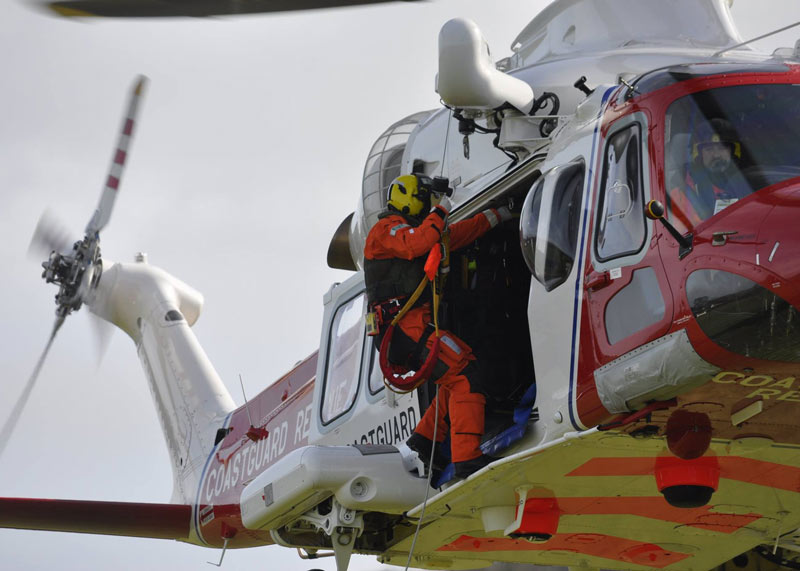 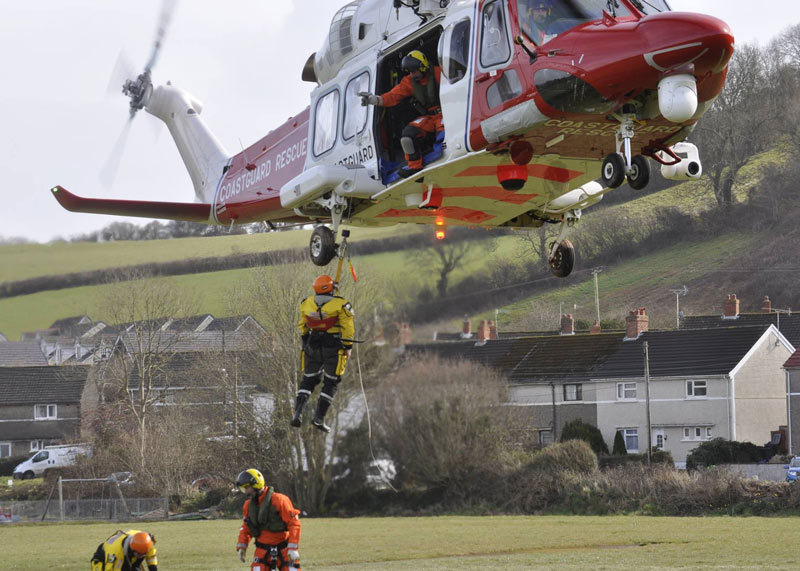